Action will be taken for violation of lockdown 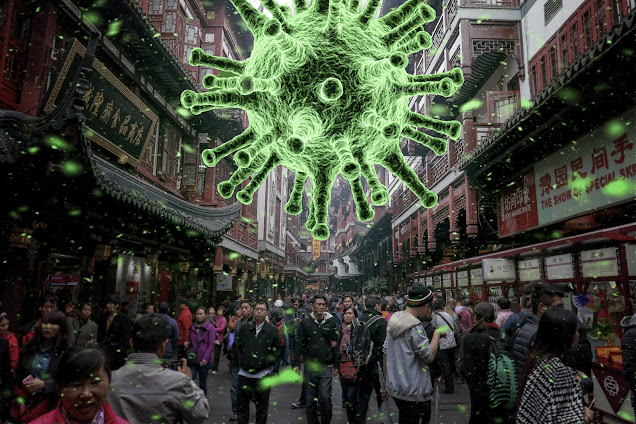 Strict action will be taken against those who violate Lockdown and SOP – Deputy Commissioner RS ​​Verma
–
Rohtak, June 7: Given the ever-increasing corona cases in the district, the district administration has now decided to take a tough stance. In this regard, while addressing the review meeting held today at District Development Building, Deputy Commissioner RS ​​Verma said that strict action will now be taken against the violators of Lockdown and Standard Operating Procedure (SOP) and in this regard in the meeting The present duty magistrate issued clear instructions to the Deputy Incident Commander. He told the duty magistrate that in every situation the presence of administration should be visible among the public and the activities of duty magistrate should be there in every area of ​​the district.
Deputy Commissioner Verma said that controlling the increasing number of corona patients is the first priority of the administration. Therefore every officer has to be serious towards duty. Shri Verma said that through publicity, the message has been repeatedly given to the district dwellers to adopt social distance, use masks and not spit in public places. Also, follow the government issued instructions for Lockdown. He said that not following the instructions means that there is a violation of the law.
He said that now those who violate the instructions will be strictly dealt with and challans will be made with immediate effect from such people. The Deputy Commissioner said that a penalty has been made for such people. Deputy Commissioner Verma said that those who will not wear masks, follow social distance protocols, spit in public places, or violate the rules of Lockdown will not be spared at any cost. He said that according to the instructions of the government, in the coming days when public dealing will start, SOP will have to be adopted in the office as well.
He said that sanitizer will have to be arranged outside each office. Apart from this, the office has to be sanitized daily. Marking will also have to be done in the office for people to stand. Shri Verma said that a distance of 6 feet will have to be maintained at religious places. He said that if the social distance protocol is not followed at these centers of faith, then challans will also be cut there. The Deputy Commissioner said that religious and related institutions will have to ensure compliance with the above rules.
Referring to the Containment John, Deputy Commissioner RS ​​Verma said that there is a need to be strict in these areas. He said that about 65 containment zones have been declared in the district. Maintenance of rules in the Containment Zone is primarily the responsibility of Police, Civil Surgeons, and Duty Magistrates. He said that there should be a complete ban on movement in the Containment Zone. Apart from this, essential items should be made available to the people there. Deputy Commissioner Verma said that work will be done as per SOP in malls, hotels, restaurants, and markets too. Along with this, he also said that a plan for no traffic zone is also being prepared. He said that if a person erects a vehicle in the area which will be declared as no traffic zone, then such person will be challenged under the Motor Vehicle Act.
Deputy Commissioner Verma instructed the three SDMs in the meeting to conduct a review meeting with the duty magistrates of their respective regions on an alternate day to get feedback and prepare its report and send it to the Deputy Commissioner Office to take further action based on feedback. Could. He also asked the duty magistrate to visit the container zone in his respective area.
District Superintendent of Police Rahul Sharma said in the meeting that the people of the Containment Zone should be tested within 24 to 36 hours. He said that it is important that it is necessary to check the contact history of the corona patient. The Superintendent of Police said that government instructions in religious places and restaurants and hotels should be followed. He said that the safety of both the customer and the operator is important. He told the duty magistrate that if he needed police, he could approach the police station in-charge.
Additional Deputy Commissioner Mahendrapal said in the meeting that the duty magistrate needs to be more vigilant as the corona cases increase. He said that after getting a positive case, it is necessary to research the people of his contacts. The Additional Deputy Commissioner said that we have to not only take care of ourselves but also protect the general public from the coronavirus.
SDM Rakesh Kumar Saini said that in case of a corona case, the area concerned would first have to be barricaded. Pre-made travel passes of people living in such an area will be considered illegal. Containment area will have only one entry and exit gate. B
If you do not understand my given information,then you can ask me your question in the comment box, I will answer your questions as soon as possible.