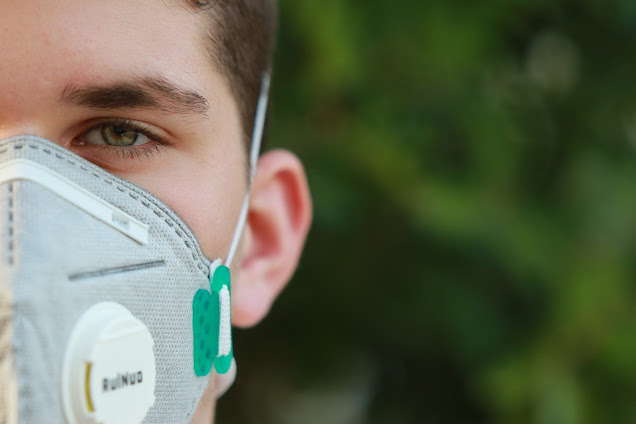 Corona infection is continuously spreading in the district. On Monday, 15 newly infected patients, including a nephew of former health minister Kartari Devi, the female counselor of the district hospital, have been found. While the infected woman suffering from cancer died at her home. The Health Department’s team is looking into the contact history of the infected.
In the Health Bulletin issued by the Health Department, 174 corona infected has been confirmed in the district on Monday. Out of this, there are now 141 positive cases in the district. Out of this, 50 have been isolated by the department as per the government guidelines. According to the department, the nephew of the former health minister has respiratory problems. He has a real estate business in Gurugram. It is being said that he got his treatment in a private hospital in the city, but did not get any rest. After this, he has been admitted to PGIMS. At the same time, the female counselor of the district hospital came in contact with her infected sister.

Infected patients found in these areas

There was a stir in the district hospital, everyone will be investigated today

There has been an uproar over the finding of a female counselor in the district hospital being corona positive. It is being told that the female counselor used to sit in a room with six staff. It is being told that the counselor’s sister was found corona positive but was not quarantined. Now the risk of getting infected by other people has increased due to the positive arrival of the counselor himself. At the same time, a young woman from Bhaisru Kalan village in the town works at DC rate in Delhi, she got a mild fever, cough on 6 June and got her examined at Sampla Community Health Center. His report was found positive on Monday. At the same time, a 32-year-old youth resident of the colony on Railway Road has also been infected. It is being told that the young man works in Gurugram and used to go to marketing in Delhi. He underwent an investigation at the Civil Hospital Rohtak.

A woman suffering from cancer diagnosed after the cremation

– Claims of relatives were found a negative report in Delhi, positive in Rohtak investigation Rohtak. Another infected patient died on Monday in the district during Corona’s transition. The biggest tragedy is that the patient was diagnosed when the patient was also cremated. The woman was undergoing treatment at a private hospital in the city since June 1. On Sunday, the private hospital gave the woman a Lama (Legal Against Medical Advice). After this, the family of the woman gave a sample to get her corona examined and went home. The woman’s health deteriorated at night and she died. Families unaware of the infection cremated him without security arrangements. On Monday, it was reported from PGI that he was infected. Now it is a challenge for the Health Department to find the contact history of PGIMS and its families from a private hospital.

The daughter of the 68-year-old deceased, who lives near Jhajjar Chungi, said her mother was suffering from cancer and was undergoing treatment in Delhi. During treatment in Delhi, corona examination was done, the report was found negative. On June 1, he admitted his mother to a private hospital, where he underwent treatment for about seven days. It is alleged that on Sunday, the private hospital sent him to PGIMS for a corona examination and asked him to go home after getting a sample. He then sampled the mother at PGI and went home. The health worsened at night and the patient succumbed. Three people from his family kept in constant contact with the patient. At the same time, soon after receiving information from the Health Department, they started taking action as per the rules.

The first corona patient in the district was killed by a contract worker of a municipal corporation living in Gohana Adda. This patient was also undergoing dialysis. However, before this, the woman of Saiyidas Colony has also died due to corona infection. But the woman had been in Delhi for the treatment of cancer for a long time and her last rites were also held in Delhi.

The private hospital will be closed, everyone will be sampling

Civil Surgeon Dr. Anil Birla said that the area in the private hospital where the patient was admitted will be sanitized. Apart from this, a sample of staff there will also be made. After the investigation report will be decided what to do next. The investigation will be done in this regard. Primary information has revealed that the patient is a llama from a private hospital. PGIMS will also be asked why they took samples of patients with symptoms and allowed them to go home.