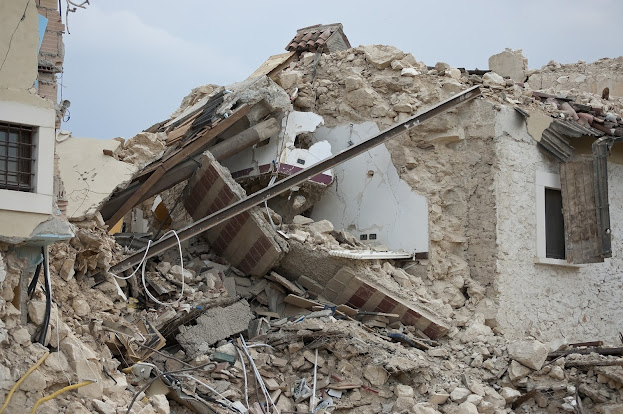 The lightning earthquake occurred in Rohtak at 01:52:15 on Saturday for the third consecutive day. On the Richter scale, the intensity was measured at 1.8. The epicenter of the quake was ahead of Sampla, 24 km from Rohtak city, near the Mahendragarh-Dehradun fault line. The movement was recorded ten kilometers below ground level. The National Seismological Center has a direct eye on the frequent earthquakes near the Mahendergarh-Dehradun fault line passing through Rohtak. Two more earthquake detection devices will be installed in Rohtak by the National Center for Seismology to closely observe and study these earthquakes closely.
District Coordinator of Disaster Manager, Saurabh Dhiman said that one earthquake indicator device will be installed in Karontha village and the other in the small secretariat. These will be installed by the center within a week. Right now a machine is installed in Banksy village of Rohtak. There are plans to increase their number further in the future.

Earthquake-detecting devices are installed in no places in the state:

Fears: Frequent earthquakes, is there a message of a big earthquake?

The state has experienced 11 earthquakes in 23 days. Out of which 9 times the center has been Rohtak. Rohtak experienced a mild earthquake for the third consecutive day on Saturday. On the Richter scale, the intensity was measured at 1.8. Moderate recorded vibration of 4.5 in the state also came in Rohtak. In addition, the intensity of earthquakes has been low. Yet, in such a situation, small earthquakes are being speculated that it is not a sign of a big earthquake. On this, Rohtak Disaster Manager District Coordinator Saurabh Dhiman said that Rohtak falls in zones three and four and the Mahendergarh-Dehradun fault line (cracks under the ground) passes under it. Which is active for a few days. No earthquake can be predicted. For the first time, there are so many earthquakes in the region. In such a situation, it cannot be denied that it is a sign of a big earthquake, but it cannot be said that when the earthquake will come and how much it will be intensity. It may also happen that after a mild earthquake, the fault line becomes inactive and then there is no earthquake for a long time. This active fault line coming to Delhi NCR is also being monitored by the National Center for Seismology, which is engaged in its study.