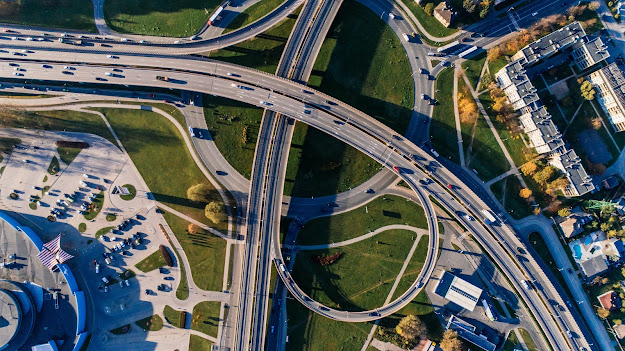 The construction of the fourlane overbridge at Sheila Bypass Chowk has started on Tuesday. Suddenly late night road road was blocked for heavy vehicles from PWD department. At the same time, the diversion plan of DC office vehicles has been approved. After this, PWU has also written a letter to Roadways GM, asking that the buses pass from Supwa to Outer Gohana bypass to Kharawar bypass. Now the stoppage of roadways buses on Delhi bypass and Sheela bypass has been closed for a year and a half. While for light vehicles one way will remain open.
JNL and Bhaloth branch pass through Bohar on Sonepat Road, whose bridges are quite old. Whereas increasing number of vehicles on Sheela bypass often leads to jams. Due to this, the P&D branch of PWD sent a proposal to the government in 2019 to construct an overbridge on both the canals and the route leading from the bus stand on Sheela bypass to Jat Bhawan. The government cleared the project worth Rs 71.72 crore on 29 September 2019. Last year, the construction work of a bridge constructed at a cost of 48 crores started on the canals, but the construction of the bridge constructed at a cost of 23 crores on Sheela bypass did not start. Now in the month of June, the government passed the drawing of the project. The construction agency on Tuesday morning closed the lane coming from Sheela bypass towards Gohana-Rohtak railway line to make the pillar. Blockers were placed on both sides. While heavy vehicular traffic was halted, light vehicles on both sides passed through the one-way. (Rohtak News) DSP Sajjan Singh rushed to the spot to handle the traffic and imposed duty on the policemen, creating some sort of disturbance. Don’t

Routes that have been set in the wake of the project. In this, the buses coming to the bus stand from Delhi will have to come at Khakrauli bypass via the Outer bypass coming from Gohana. From there, through the Chowk near the Vita plant, one has to come and go to the bus stand next to Rajiv Gandhi Stadium and Supwa. While the road will remain open for light vehicles. Because the company will first erect the pillars and walls of the overbridge on one side on the Sheela bypass. After this, we will make the other side. So that light vehicles keep passing.

Travelers to and from Delhi and Sonepat will face problems

There is no longer stoppage on Sheela bypass and Delhi bypass for roadways under the route fixed by the department. If the bus passes through Outer Gohana bypass to Kharawar bypass then passengers will have a lot of trouble. Especially students coming to MDU will have to go to Kharawad bypass to catch a bus. At the same time, sources associated with the project said that buses can be diverted near Jat Bhawan via HUDA road between Suncity and New ITI, next to Supwa near Roadways. After this, ridership can be taken from Delhi bypass, but the administration has not recognized this route. Because there is a possibility of accident while passing through the population.

Road should not have stopped suddenly

The administration and the department should have told the people two days ago that due to overbridge on Sheela bypass, the route going from Delhi bypass to bus stand for heavy vehicles will be closed from Tuesday morning. Whereas light vehicles will be passed one-way.

Approval obtained from DC office, has put notice board

Project work was to begin in 2019. Now in 2020, due to the corona, work hangs. Now work started on Tuesday morning. Route diversion is passed through DC office. Light vehicles will pass through the one-way system, while heavier vehicles will pass through Kharawad bypass for at least one and a half years via Gohana bypass. It also includes roadways buses.
They have not received information about changing the route of buses. Soon they will check the route by imposing duty of an officer. After this, assuming the route fixed by the administration, it will also take care that the passengers do not face any problem.
– Vijendra Hooda, GM Roadways Rohtak
If you do not understand my given information,then you can ask me your question in the comment box, I will answer your questions as soon as possible.