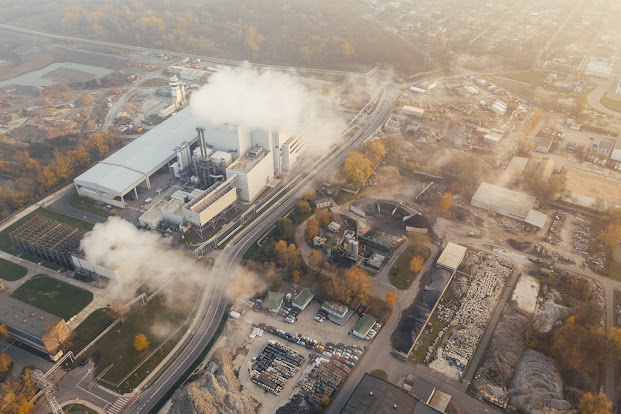 The state’s first plant to produce 6000 to 8000 kg of compressed biogas (CBG) daily has started to be set up at Madodi Jatan in the village of Tehsil Kalanaur. The dispensing station (pumping station) of CBG is going to be built soon at Garhi Bohar on Delhi Road. For this, the NOC has been issued by the Electricity Corporation. The CBG will be sold as vehicle fuel from the dispensing station.
According to officials, in March 2016, a program called Haryana Happening was held in Gurugram, in which many companies from India and abroad participated. Companies were invited by the Haryana government to invest. Meanwhile, on 8 March 2016, the Spectrum Renewable Energy Company signed an MoU of Rs 100 crore with the Haryana government. Under this, the company has now started setting up a plant to produce 6000-8000 kg of CBG daily in village Madodi Jatan of Kalanaur. At the same time, the process of making dispensing stations to fill the produced CBG in vehicles instead of CNG has started. Under this, the company told the Deputy Commissioner that a dispensing station is to be built on plot number 328/11/2 and 328/11/3 of Garhi Bohar on Delhi Road. For this, NOC should be given so that construction can be started as soon as possible. Due to this, on 28 May 2020, the Deputy Commissioner wrote a letter to SP, SE PWD, SE Bijli Nigam, DFSC, Assistant Director Health and Safety, Divisional Forest Officer, and Fire Station Officer and ordered objection or no objection within 15 days. On this, RN Hooda, SDO of the Electricity Corporation, has inspected the said plots and issued NOC on behalf of the department. He informed that no electricity corporation’s high-tension line is going near both the plots. Therefore, the department has no objection to becoming a dispensing station.

How Compressed Bio-Gas is Made

How much energy does compressed biogas have

Use of biogas as domestic fuel also

Biogas is used as a domestic fuel in rural areas. Animal spinach produces biogas from cow dung by setting up a small plant. There is no pollution of any kind during its production. Additional energy can be stored at home by setting up a biogas plant. The scientific name of cow dung is biogas. It is a clean, pollution-free, environment-friendly, and flammable gaseous fuel.

Government is emphasizing on compressed biogas

Rising prices of petroleum fuel and pollution from petroleum vehicles are not only posing an environmental threat but also makes it expensive. Due to this, the government is giving a lot of emphasis on the option of biogas. The biogas plant will also support CNG consumption. This will also provide cheaper vehicle fuel to the people.
A letter has been written to the concerned departments to give NOC for the construction of compressed biogas dispensing station at Garhi Bohar on Delhi Road. After coming to NOC, the company will be given a clean chit to build the dispensing station.
RS Verma, Deputy Commissioner.
If you do not understand my given information,then you can ask me your question in the comment box, I will answer your questions as soon as possible.