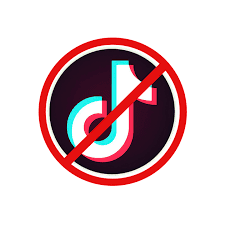 A major decision has been taken by the Government of India

Let us tell you that after the ongoing dispute between India and China, now the Indian government has banned 59 Chinese apps in the country along with Tiktok and UC Browser.

(CHINA APP LIST) WHICH CHINESE APPS HAVE BEEN BANNED?

Let me tell you that many other Chinese apps have been included in this list along with TikTok. Talking about other apps in this list, it includes Shareit, Kwai, UC Browser, Baidu map, Shein, Clash of Kings, DU battery saver, Helo, Likee, YouCam makeup, Mi Community, CM Browers, Virus Cleaner, APUS Browser, ROMWE, Club Factory, News dog, Beauty Plus, WeChat, UC News, QQ Mail, Weibo, Xender, QQ Music, QQ Newsfeed, Bigo Live, SelfieCity, Mail Master, Parallel Space, Mi Video Call – Xiaomi, WeSync, ES File Explorer, Viva Video – QU Video Inc, Meitu, Vigo Video, New Video Status, DU Recorder, Vault-Hide, Cache Cleaner DU App Studio, DU Cleaner, DU Browser, Hago Play With New Friends, Cam Scanner, Clean Master – Cheetah Mobile, Wonder Camera, Photo Wonder, QQ Player, We Meet, Sweet Selfie, Baidu Translate, Vmate, QQ International, QQ Security Center, QQ Launcher, U Video, V fly Status Video, Mobile Legends, and DU Privacy. Although it remains to be seen whether the government also prohibits sugar products in the country in the coming times, the most market share among these products is the mobile brands named after them. Although no information has been revealed about this yet, it is going to be interesting to see what the government decides in the coming time.
TikTok has been a topic of discussion in the country for some time already, in fact, let us tell you that Tiktok suddenly started dropping ratings, which was the big reason behind it. The news of TikTok on the internet has been going on for some time now, TikTok’s ratings on the Google Play Store are also continuously falling, now the atmosphere is that this rating is going to be at 1 only. However, until recently, this rating used to be 4.5. Now what has happened is that why TikTok’s ratings are falling so fast, the short video platform which has long beaten the likes of Facebook and WhatsApp, it is suddenly losing its fame, Today we are going to show you a glimpse of the reasons behind this. However, before this, you ask, are you also using TikTok?

WHAT WAS THIS CONTROVERSIAL VIDEO OF TIKTOK?

Let us tell you that a video of an influencer Faizal Siddiqui was posted on TikTok, after which the controversy started, tell you that this allegation has come on this person that this acid attack is Promoting via video. Since the arrival of this video, many celebrities have raised their objections, along with it a complaint was also lodged with the National Commission for Women. Apart from this, actor Paresh Rawal, even know about the silver screen, even said in a tweet that TikTok should be banned.

TikTok India has banned the account of its popular star Faizal Siddiqui, who allegedly posted a video supporting acid attack on TikTok. A TikTok spokesperson told Indian express that, “We are committed to supporting law enforcement agencies for any further action.”

HATE FOR TIKTOK ON SOCIAL MEDIA

However, the incident has triggered a new round of hatred for TikTok on social media, with complaints coming up for action against it for not showing the content better, after this case everyone wants That TikTok is banned in the country.
If you do not understand my given information,then you can ask me your question in the comment box, I will answer your questions as soon as possible.