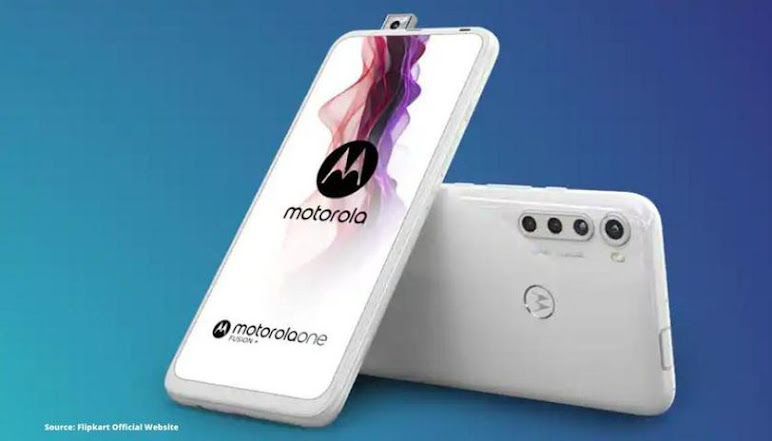 Motorola One Fusion has been launched in 4GB + 64GB variants and for customers, it will be available in Emerald Green and Ocean Blue color options.

Specifications of Motorola One Fusion

This smartphone with dual-sim (Nano) support runs on Android 10 based Motorola custom skin. It has a 6.5-inch Max Vision HD + (720×1,600 pixels) display. This smartphone has Qualcomm Snapdragon 710 octa-core processor with 4GB RAM and 64GB storage.

For photography, 48MP primary camera, 8MP ultra-wide-angle camera, 5MP macro camera and 2MP depth camera have been given in its rear. It has an 8MP pop-up selfie camera for selfie and video calling.

In terms of connectivity, it has support for Bluetooth v5.0, Wi-Fi, 4G LTE, and GPS. A dedicated Google Assistant button has also been provided on the side of this phone. Its battery is 5,000mAh.